How The Emotion Code Helped Me! 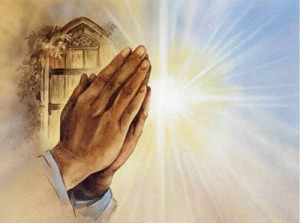 I have always been a person that love’s God and desired greatly to have a unique relationship with my creator. Most of my young life was spent longing for the presence of God, but didn’t know how to have it permanently working in me then, it always felt like there was something missing,  and the only way I would sense that the missing part being filled, was when I was in the presence of God and this time usually was associated with going to church. When I look back I realize that is what drew me to church, at these times I would have glimpses of this joy unspeakable goodness in me but it never lasted long  and  was not easily explained, so it became a kept secret to myself.

So I grew up with this through my teens into adolescence and adulthood. At some point, my life became extremely difficult, found myself living a life that I never imagined would happen to me and having it difficult to do things that seemed easy for me before. This was a real turning point for me, as it made me start to search deeper in me rather outside of me. There was no understanding on my part of what I was doing then, as it came  to me intuitively, no one taught me these things  but the difficult times pushed me in to my destiny. There was no one who had any answer to my issues, so my only hope was to search, seek and ask for the answers, that were out of my reach.

The answers came in the most unexpected ways, as one by one teachers started to appear, I did not go out looking for them but somehow they found me and I knew straight away that’s the teacher I was waiting for. Lessons of life began to unfold to me little by little. I do not claim that this was an easy process, not in any way it wasn’t, these were the most difficult possibly dark times that I have experienced but as the teachers began to teach me my life also began to make sense, things fell into order and a new understanding began to manifest. It was like the light was finally turned on in the darkness and with a big sigh I could see once again.

Dr Bradley Nelson is one of the teachers that arrived when I was ready for his season in me. Everything does have it’s season and it’s time in our lives, nothing ever lasts forever, the difference is only made by our perceptions. His work helped me a great deal in dealing with my emotional issues, I did not know then that I was buried under large baggage’s. When I started to work with the emotion code, initially it seemed like nothing was happening at times I almost gave up but there were little glimpses of hope which kept me going.  I would do the work on others and some had immediate results so that gave me hope.

Following a lot of emotion code sessions I started to see real change, massive improvements in my personality, attitude, behavior and the way I viewed the world changed, the way my reaction to certain situations changed and soon the things that used to bother me no longer had any power over me, I no longer needed to control myself but to just be. My life reached a serious turning around, now I am starting to experience the things I used to only have glimpses of as a child,  I now have a whole new meaning to life and my relationship with God is changing everyday, getting stronger and this has made a big impact in my personal relationships with others.

There are other teachers that came into my life and are still coming but the emotion code made the greatest impact in my life, such that I decided it was one of the methods, I was going to use when working with others that are looking to transform their lives into the vision they have and have only been catching  glimpses of it but feeling like it is impossible for them to live their dream life.