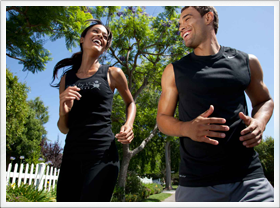 It is known that emotions play a great role in our lives, so emotional well being is of big value in our daily living. For many generations many problems we face have been dealt with purely at a physical level, but the changes that are taking place now are causing us to dig deeper to find more knowledge and understanding of things that we have not previously paid much attention to, so thus you find many people are now seeking for information about emotional well being.
So what really is emotional well being? It is a state when there is balance in the emotions of a human being such that the individual is functioning from a sound mind. For generations emotions have been mis-understood, we have been taught to suppress them so as to avoid disgrace or unwanted reactions, but they are part of what makes who we are as human beings.
In different cultures emotions have been dealt with differently but the common ground throughout all humanity has been to avoid the expression of emotions, unfortunately this brought an imbalance in how we lived our lives because a part of us was not fully functional as it should have been. We found ourselves living in dysfunctional societies because of misunderstanding the complexity of the emotional body. Much of this has led to emotionally unavailable human beings that have real problems connecting with others at different levels of life.
Many people a

re asking the same question so many times I have heard, “how do we achieve emotional well being? For many years it has not been possible to work with the emotional body, but with technology and a shift in dimensions and our understanding of things we are slowly becoming aware of some of the complex functionality of the human being as a whole. Studies have revealed how to communicate with the human body to get answers from the subconscious thereby revealing the hidden emotions that lay underneath the many complex problems that have defied mainstream medicine treatments.
Some of these studies have revealed a connection between imbalances of the emotions with mental health issues when previously we have focused on treating the mental health problems instead of removing the cause. The issue might be that the cause of the problem is originating from the emotional body.
For someone to achieve emotional well being you have to be willing to let go of some beliefs and past experiences that created the baggage in your emotional body. There are now different methodologies to clear out your emotional body from all old baggage’s of emotional energies that you have been carrying around for so long. To find out more information on how to achieve emotional well being click here.